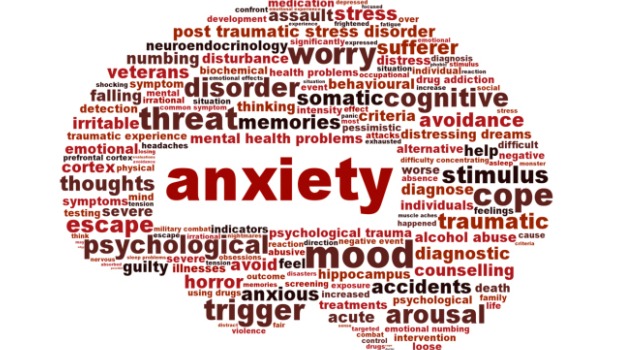 Often the cause of anxiety disorders is not known. Many people with an anxiety disorder say they have felt nervous and anxious all their lives. This problem can occur at any age.

Anxiety disorders often occur with other problems, such as:

A panic attack is a sudden feeling of extreme anxiety or intense fear without a clear cause or when there is no danger. Panic attacks are common. They sometimes occur in otherwise healthy people. An attack starts suddenly and usually lasts from 5 to 20 minutes but may last even longer, up to a few hours. You have the most anxiety about 10 minutes after the attack starts. 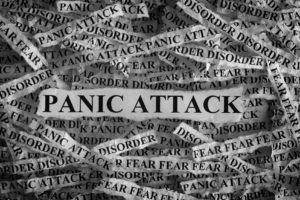 Symptoms include feelings of dying or losing control of yourself, rapid breathing (hyperventilation ), numbness or tingling of the hands or lips, and a racing heart. You may feel dizzy, sweaty, or shaky. Other symptoms include trouble breathing, chest pain or tightness, and an irregular heartbeat. These symptoms come on suddenly and without warning.

Sometimes symptoms of a panic attack are so intense that the person fears he or she is having a heart attack . Many of the symptoms of a panic attack can occur with other illnesses, such as hyperthyroidism , coronary artery disease , or chronic obstructive pulmonary disease (COPD) . A complete medical examination may be needed before an anxiety disorder can be diagnosed.

People who have repeated unexpected panic attacks and worry about the attacks are said to have a panic disorder .

Phobias are extreme and irrational fears that interfere with daily life. People with phobias have fears that are out of proportion to real danger. And although these people are aware that their fears are not rational, they are not able to control them.

Phobias are common and are sometimes present with other conditions, such as panic disorder or Tourette’s disorder . Most people deal with phobias by avoiding the situation or object that causes them to feel panic (avoidance behaviour).

A phobic disorder occurs when the avoidance behaviour becomes so extreme that it interferes with your ability to participate in your daily activities. There are three main types of phobic disorders:

In my next blog I will provide an overview of OCD followed by a blog on Post Traumatic Stress Disorder. Hope you find these bogs informative without being overwhelming.